Hello, guys, gals, and enby pals! Welcome to a new series hosted by Your Tita Kate! Ever since I started book blogging, I’ve toyed with the idea of having monthly discussion posts – mostly because there’s only so much I can say in a Twitter thread, and y’all know I have a ton to say in Twitter threads. 😅

Anyway, this series is called Galit Na Naman Si Tita, or “Auntie’s Angry Again” in English. It’s a bit of an in-joke with me and my IRL friends. If they want to get updated on Philippine current events, all they have to do is text me and ask, “Bakit ka galit na naman?” (“Why are you angry again?”) This will usually be followed by a lengthy, horrendously detailed rant on the current event topic du jour.

But worry not! Not all of these posts will be angry! The one below certainly isn’t, mostly since I don’t think it’s my place to get angry at all. Nevertheless, I think what I have to say is pretty important to bloggers, so onward we go!

Galit Na Naman Si Tita: On Being A Critical Reader and Book Blogger

So…what a way to end the month, huh?

If you don’t know which specific Twitter Kerfuffle™ I’m referring to, then let’s just say that I don’t really want to discuss it at length. Tons of people on Twitter more qualified than I am have already spoken at length about it; not only about the issue itself, but also about how to be better authors, in general. And that’s the part where I come in. Why not do something similar, but for book bloggers?

When I wrote the below Twitter thread, I was originally referring to POC book bloggers policing our own ranks for sexist, misogynistic, racist, anti-black, ableist, or otherwise prejudiced or discriminatory speech and actions.

This thread might eventually turn into an outright blog post (because I’ve been toying with the idea of posting a monthly discussion on the blog lol) but here is an attempt to get some thoughts out.

Book bloggers, it is SO, SO important for us to be able to read critically.

We are, at the heart of it, influencers. Don’t laugh, it’s true. We may all think of influencers as wealthy white women in impossibly adorable apartments in New York or San Francisco or some other trendy urban city, but in truth anyone whose opinion holds great sway over the Internet might call themselves an influencer. That includes, as you can imagine, book bloggers. After all, how many of us have often said that we picked up a book because of a blogger?

And the truth of the matter is that influencers have a responsibility to their audience. Some countries even take this so seriously that they’ve codified this principle into their laws. (Such as the United States – check out the Fyre Festival documentary on Netflix if you don’t believe me!)

Book bloggers are no different. We have a responsibility to our readers to be ethical in choosing which books to promote to our followers.

I talked before about the relative privilege of being a book blogger, and I think this is something that we all need to be reminded of from time to time. The fact that we all have access to books in whatever form (paperbacks or hardbacks, audiobooks or ebooks) means that we already have some kind of leg-up in life: we’re literate, we speak English, we have disposable income, we’re physically able to consume this entertainment. That relative privilege already comes with its own attendant responsibilities. But when you take that privilege you have and add the influence of being a book blogger, those attendant responsibilities increase.

The fact that we are book bloggers means that we have the be more careful with and more aware of issues like racism, classism, homophobia, sexual assault, anti-blackness, and ableism in the entertainment we consume. Not less.

No, my love, it’s not! Entertainment, including books, doesn’t exist in a vacuum. There have been countless thinkpieces, Twitter threads, and blog posts talking all about it. Suffice it to say, there’s no such thing as total detachment from anything you consume. You can’t read a book independent of the real world issues that either inspired or affect it – especially if the author intended for it to be read that way.

Don’t go around thinking though that this means you can no longer read a book for enjoyment’s sake, or that every book you read has to be nitpicked to death and utterly perfect. You’re perfectly free to still enjoy books with problematic content and themes. What happens next however is very important. Are you just going to lovingly gush about it on your blog, or are you going to mention those moments of prejudice and discrimination that you came across? Are you going to support your fave no matter what, or speak up because you genuinely care about them as an author and want them to do better?

As book bloggers, as people with followings, as influencers who have consumers that listen to us, we all know what we should be doing.

No one’s perfect, y’all. Each and every one of us is bound to be called out on something at least once in our lives. What matters isn’t the fact that you got called out, but what you decide to do with the information you got. You now know what you did wrong, and you have the necessary information to make yourself better. You can now decide to take the message to heart, make the necessary apology, and take steps to be better.

Let me cover something that a ton of other book bloggers have also covered, both on their own blogs and on Twitter: getting subtweeted hurts, but you’re not the one whose feelings matter in this case. Yes, I’m sorry. It hurts to hear. But read that again. Take a moment to absorb it. When you get validly called out via subtweet, take a moment to consider why the subtweet was utilized in the first place. Power imbalance is a thing, kids. Here’s the sad reality about being validly called out via subtweet: you probably made someone feel unsafe.

In the wise words of Wonder Woman: 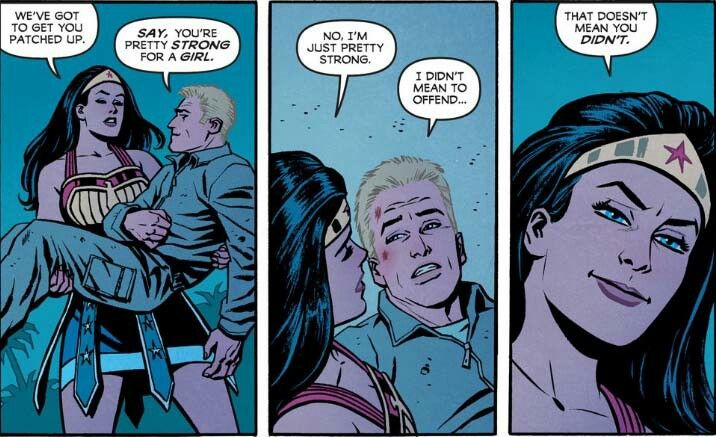 We could all stand to be better, comrades. Let’s continue towards making the bookish community a better place for POC, disabled people, LGBTQIA, and other marginalized and disenfranchised communities.

18 thoughts on “Galit Na Naman Si Tita: On Being a Critical Reader and Book Blogger”

Leave a Reply to Fran @ The Ramblebee Cancel reply

I’m 25, an ENTP, and a Virgo. I like nude lipstick, traveling and hiking, Spanish poetry, and getting into online fights about intersectional feminism.

I mostly read and review own voices and other diverse lit, but will occasionally foray elsewhere.